What is Cover vs Original? A section which compares and contrasts the different covers of a song to the original version. We dare to ask…which version is better and why? Sometimes the original blows the cover out of the water. Sometimes a cover shows the original what the song could have, and even should have, been. At the end of the day…cover vs original is great and glorious fun.

Some songs already made in Cover vs Original include God Gave Rock and Roll to You, Don’t Stop Believin’, Smells Like Teen Spirit, Ghost Riders in the Sky, Somebody to Love, and more!

This section of audioperfecta.com, at the very least gives you a place to find new and interesting versions of a song you already know and love. For example, a dance version of Somebody to Love. We have also featured a Klingon version of Don’t Stop Beleivin’. And who can forget when we contrasted the Gwar version of Carry On, Wayward Son with a Christian Rock version? Of course, the queen of covers, Tori Amos, and the king of covers, Johnny Cash, make regular appearances…or rather their songs do.

Cover Vs Original gives an in depth look at what makes a song tick too….so its not all surface. We fully look for patterns in vocals, instrumentation, lyrics, key progressions, tempo, and everything else….all to find what makes the song…well…the song.

A new Cover vs comes out at least once a month. So keep checking back, and be sure to request your favorite songs as we are always open to suggestions.

In which I compare the original version of Unchained Melody to several covers. Featuring The Righteous Brothers, U2, Roy Orbison, Norah Jones, Todd Duncan, Dread Zeppelin, and Gregorian.

Which Version of My Heart Will Go On Floats your Boat? Céline Dion, Sarah Brightman, Drunk Russians, Postmodern Jukebox, Celtic Women, Gregorian, and Me First & the Gimme Gimmes.

Nothing Compares 2 U – We compare two Prince versions with Sinéad O’Connor’s version. We also compare versions by Aretha Franklin, Chris Cornell. The Family,The Dixie Chicks. and even The Vienna Boys Choir. 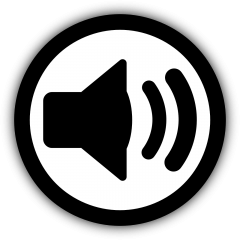